I really wanted to do a new post for you and have had two ideas in my head, but both of them were pretty similar… sitting poses. So I decided I could either do one of those two ideas, or I could just combine them into one post and make it my idea of combining a sitting pose on how to pose while posing with the different poses that are possible when you are just sitting down.

Today I will be going over some of the posing process for posing the sitting down transition from the ground into the sitting position. Some say this transition is one of the hardest transitions to learn but I always say it is one of the easiest. After attempting it a handful of times you should be able to master it.

Sitting poses bring something different and special to photos. It is hard to capture the same pose in a different way. And it is necessary to have several different sitting poses in your arsenal because you don’t want to keep using the same one for all of your cover pictures.

Ever wonder how to pose in the sitting pose? Wonder no longer! I’ve seen a lot of newbies struggle with this pose. Some even resort to editing it out after taking the pictures. That’s why I’m here to give you guidelines on How to Pose Sitting Edition. If you’re done reading, you’ll be able to do posing like an expert!

Once you see this method, you’ll wonder why it took you so long to start doing it. It’s that good. This is the first step and I call it “The Gangster” because I imagine a gangster wearing his pants pulled up high and looking like he’s squatting in a really confident manner. Even if you don’t watch a lot of old mob movies, I think you can figure out what position this is referring to.

The Gangster okay, it might seem like a bit of a stretch to begin with a sitting pose step, but hear me out. From the side view, this position is nearly identical to other sitting positions we’ll cover later on and will thus serve as a good way to familiarize yourself with something similar from the beginning.

Posing sitting is difficult mostly because you want to look cool and pose like a regular gangster but in reality you’re just squatting as if you have to go pee real bad. When posing sitting remember that the picture is mostly about your facial expression so relax and face the camera.

To start off with The Vogue, I usually just bring my arm up in front of my face, and move it back and forth as if I’m in class taking a test or trying to cover up the fact that I’m texting in class. If that doesn’t work, I just lean back on my elbow and let my arms fall into place. It’s honestly not that hard!

An almost-obligatory pose, it’s not just the name that indicates a similarity to the Vogue move in ballet. It also uses an arm to be suggestive and use your body language to create an attitude that reflects certain values or lacks certain ones. You can then add accessories and props to create more of a scene which will serve as dynamic backdrop for your photo along with your pose.

You may be wondering or have read in Glamour magazine that you should always sit with your back against the wall, extended leg facing outwards, foot pointed towards the door of the room and your arms should never cross your body at any point. That is true if you want to look really good in pictures because whenever you cross your arms and legs it makes you look pudgy and heavy.

This pose is something that you probably do as a teenager, either at home or at school. While this may look “cool” to others, there’s a reason why it looks like that – your friend (or more than one friend) has hit you on your crotch! Luckily, if you know how to pose sitting down, you can avoid the same embarrassment again and again.

This one is great for opening up your Pose, but it can also be tricky to get into because your legs have to be relatively spread out and symmetrical. Remember back in basic Pose class when you’re trying to make each side of your body the exact same as your other side? Yeah, double that this time.

I like the sitting pose, because it takes practice and some flexibility. I also like it because by default you are sitting down on the floor instead of in a chair. So I’m all for sitting poses, but if you’re someone who is afraid of looking stupid doing this pose, don’t worry.

When you first begin to try the seated pose, your pet will be confused and not have a clue to what you are trying to accomplish. It is best if someone can help you with this process by holding the leash while in this position.

I want you to think of the most intimidating dog you’ve ever laid your eyes on. I mean a dog who can stare at you for an hour and then convince to give her a bath using her powers of cutesy puppy dog eyes. The kind of dog that makes any other living thing scurry behind quick cover, just because they know of the potential back-end repercussions from having looked at the dog in the first place.

Here the subject’s right leg is crossed on top or under her left. Women can place their hands in their lap, or men may rest a hand on their thigh. The most common mistake I see in this pose is for the subject to cross their legs too far, sometimes falling out of the frame as they do so. Always make sure the ankle of the crossed leg does not enter into your picture.

The most common reason for posing this way is to achieve a more flattering angle of the leg that isn’t facing forward. In order to look your best while in this pose you should make sure that your crossed leg is turned outwards, so it looks smooth and natural.

This is a basic sitting pose and is most likely the most comfortable, especially if you are wearing your favorite pants. This position is great because it allows you to lean back for a photographer with a large lens.

This can be a useful pose when you are a little too nervous or self-conscious to stand for the setting or when you have an injury. The great thing about this pose is that it looks very natural and relaxed because you don’t need to balance on one foot.

You can use a nice facial expression to pull off the disappointed look while still looking pretty. Your legs should be resting which will make the photo look more natural.

The hand-on-hip is fine, but a hand-on-hip-and-knee is better. I like this one because the knees cut a flattering line and bring attention to your legs. Meanwhile, the hands are being used as bookends for your body, and keep your elbows in line with your torso.

What is your reaction? 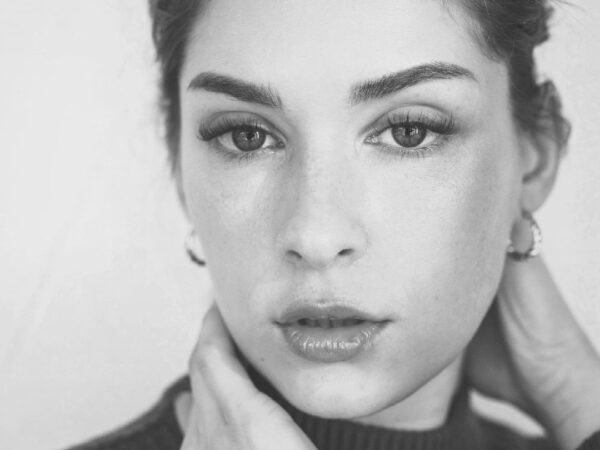 How to Pose Your Face Like a Model: With Video Illustration 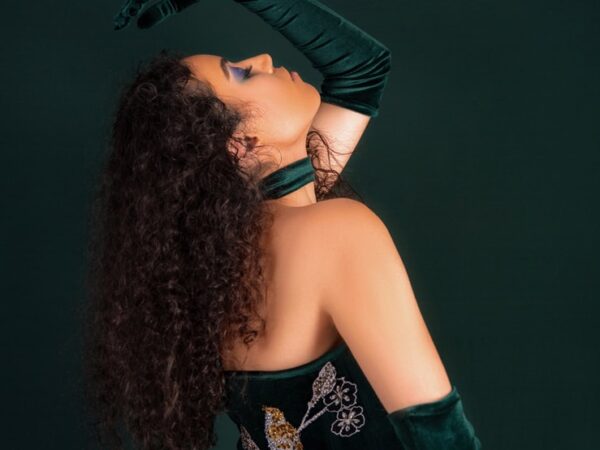 All You need to Know about Anti-gravity Poses: With Video Illustration! 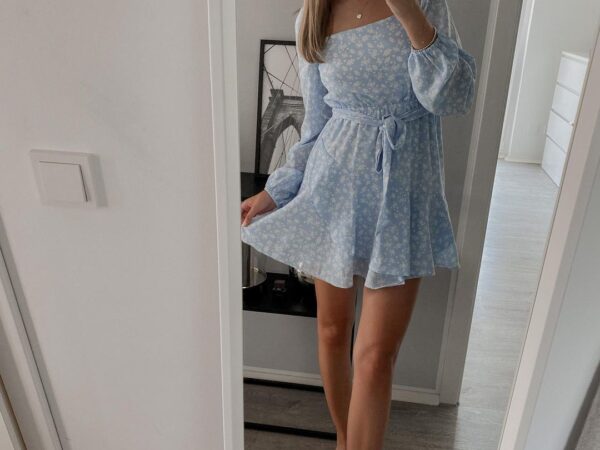 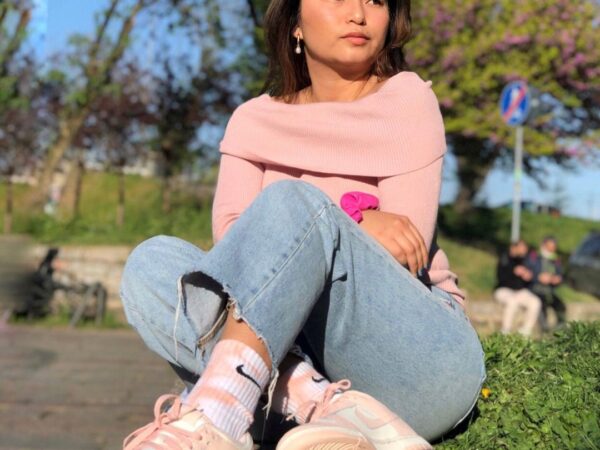 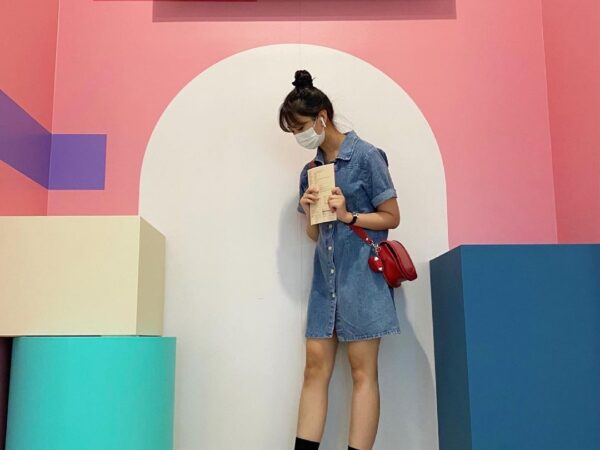 Do You Struggle With Outfit Photo Angles? Do This Instead 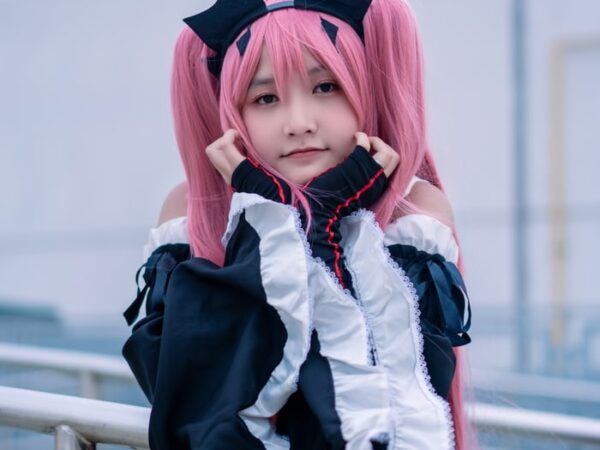 Ways to Use Motion to Make Pics More Fun: With A Video Demonstration! 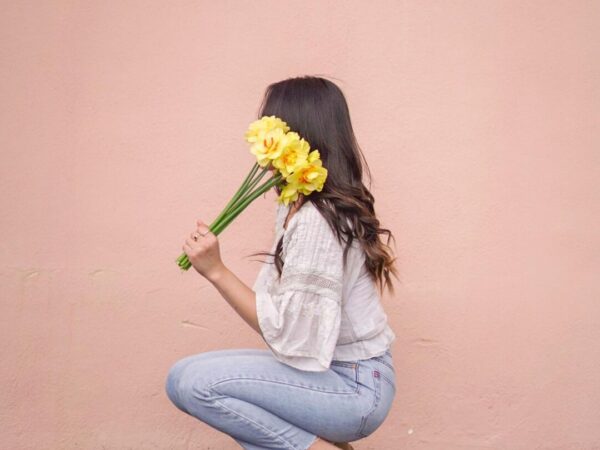 How to Pose With Flowers on Valentines Day: Pose Ideas 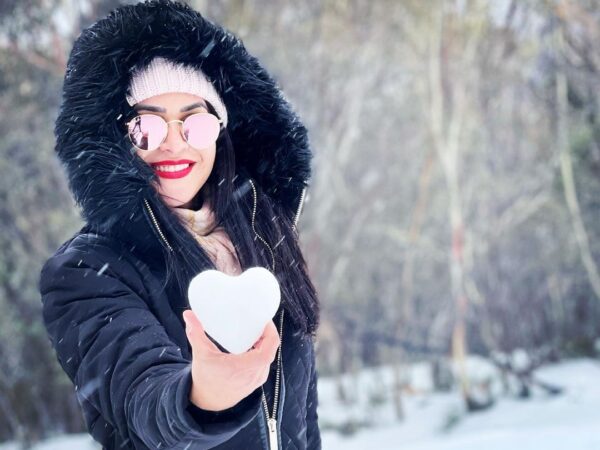